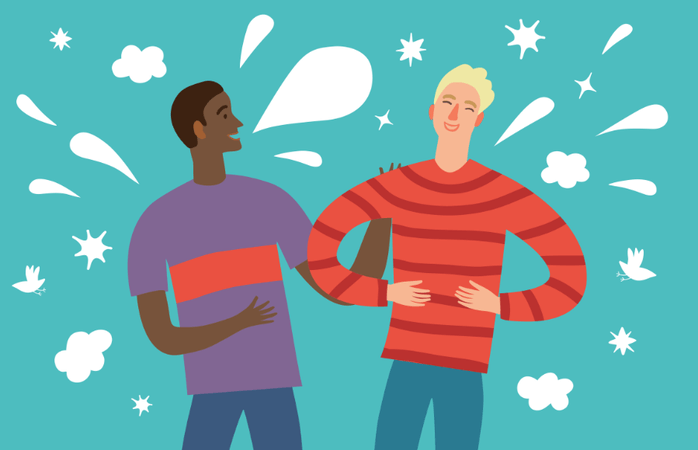 Social thinking is the concept of how we think about others, and the process we go through to interpret the behavior of others within a social situation. Our interpretation of a situation then affects our own behavior. This concept was originally developed by speech-language pathologist Michelle Garcia Winner in the mid 1990s, and is now widely used in therapy for kids who may not develop this skill on their own. Ms. Garcia Winner has developed a curriculum to use to help teach this concept.

One part of her curriculum is Superflex and the Unthinkables. Superflex is a super hero that demonstrates extremely flexible behavior to defeat some of the Unthinkables that sometimes invade our brain and make us engage in socially inappropriate behavior. Some popular Unthinkables include Rock Brain, who makes us get stuck on our own ideas, and Glass Man, who makes us break easily and have big reactions to small problems. Here at CI, we use social thinking around the clinic every day, and many of our clients utilize Superflex and the Unthinkables to help learn the concept of social thinking. Some of our clients also enjoy coming up with their own characters as they learn the curriculum, as Patrick did below!

CI’s very own superhero-mascot “Flexor Man” as created by one of our own CI kiddos! Flexor Man uses his calming tools and flexible thinking and acting among many other super powers to defeat his evil nemesis such as the Unthinkables and more! View his super hero profile below to learn more about Flexor Man!!

He was Superflex’s toy, a lifeless figure until a wizard casted a spell on him. The wizard had made him alive with cool super powers. Now he saves the earth stopping his evil nemesis.

To make everyone act flexible and happy

Flexible thinking and acting, compromises, super strength, super vision, flight, super speed, and calming tools (he uses them to help humans and him self)

butter, being beat up, glue, concrete