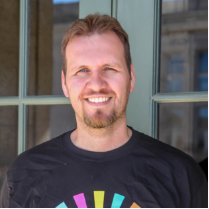 Dan likes spending time with his family in Northern Wisconsin at his parents’ lake house. He loves helping and teaching people with financial education. He served in the U.S. Navy.

Dan served in the U.S. Navy for 8½ years as an Aviation Electronics Technician (AT) and separated with an honorable discharge as an E-5. He made two deployments to Iraq and Afghanistan. His first deployment was in 2000 onboard the USS Eisenhower (CVN-69). That was an East coast deployment through the Mediterranean Sea to Iraq. On his second deployment, he was in the Indian Ocean onboard the USS Carl Vinson (CVN-70) when the twin towers in New York were attacked in 2001. From there he and the rest of the crew supported the invasion of Afghanistan.

Dan started his career early by tinkering with his dad. That grew into a 15+ year career in various maintenance roles, from the biotech manufacturing industry to the nonprofit world. Dan and his wife Vonnie live in Belleville with their two children, Ethan and Bella.