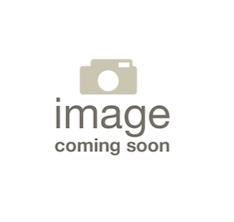 Kalin spent 2 weeks in Australia in high school, is 5’11” tall, and love to play beach volleyball.

Kalin earned her Bachelor’s in Communication Sciences and Disorders from the University of Wisconsin-Madison and her Master’s from the University of Minnesota. During her undergrad, Kalin worked for the Wisconsin Early Autism Project providing in-home therapy to kids of various ages. During graduate school, she gained experience working with both kids and adults in medical and outpatient settings. Her clinical experience with kids included an internship in a school where she worked closely with the Special Education teacher to provide treatment to children with a variety of ability levels. Kalin also interned at a pediatric outpatient clinic where she gained experience providing early intervention services. Kalin is especially passionate about working with families to facilitate language development and providing early intervention services. Kalin is also a PROMPT trained therapist. In her spare time, Kalin likes to cheer on the Badgers, check out the Madison farmer’s market, and spend time with family and friends. Kalin is so excited to be a part of the CI team!